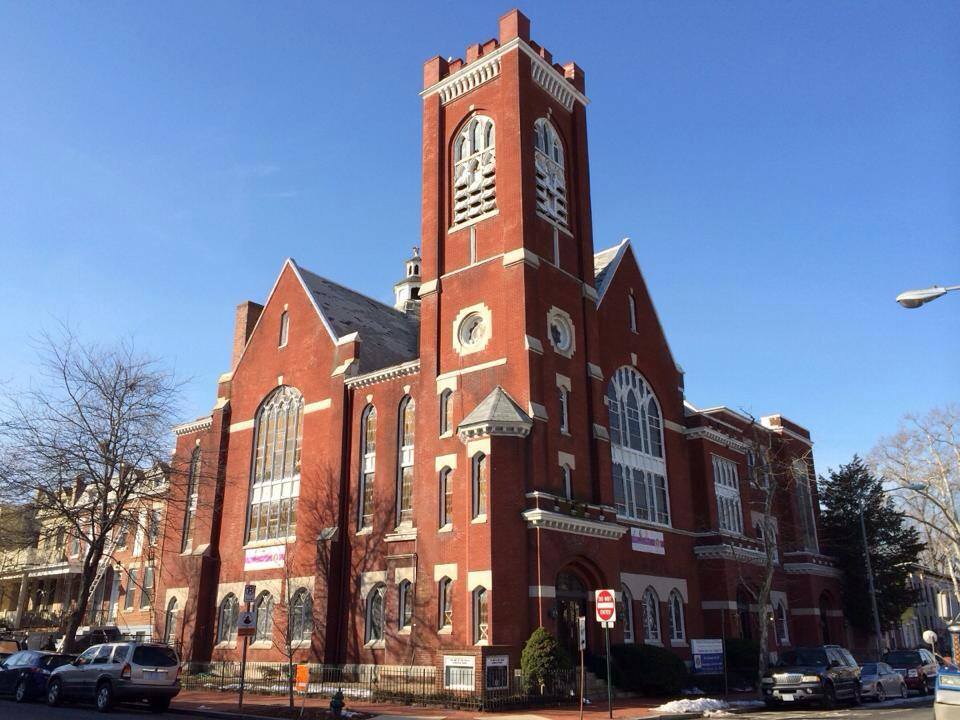 The Way of the Cross Church of Christ was started on February 28, 1927 when a group of five individuals met in the home of Charles R. (Charlie) Johnson, who lived at 1513 Third Street, Northwest (between Q and R Streets), in Washington, D.C. In addition to Brother Johnson, the group consisted of its leader, Henry C. Brooks and his sisters, Alice Johnson and Lovie Brown, as well as his niece, Rosa Bell Howard. Alice Johnson and Lovie Brown were to be missionaries, Rose Bell Howard, the pianist, Charles Johnson, the deacon and H.C. Brooks was, of course, pastor. Willie Brooks, wife of the pastor, was not present at that first meeting, for she was expecting a child; but she, too, was part of the group. Not long afterwards, the group was joined by Mary Frances Sneed, James Johnson, Elnora Johnson, Mother Frances Brooks, and John Bruce, who also had consecrated themselves for the service of the Lord.

Meetings were held in the homes of the members, but soon it was evident that the group needed a larger facility. Pastor Brooks was inspired to set up operations at 202 P Street, Northwest, a building that seated fifty people. When they were arranging to rent the building, the question arose as to what name the church would be called. Deacon John Bruce suggested “The Way of the Cross Church of Christ,” a suggestion that was readily accepted.

During its early years, the church had no organizational ties and found it difficult to be accepted by established groups. Seeking an organization where we could be properly ordained, Elder Posey Smith of West Virginia told Pastor Brooks about the Refuge Church of our Lord Jesus Christ, and shortly thereafter, Elder John Morris escorted him to New York to meet R. C. Lawson, the presiding Bishop. Bishop Lawson no doubt was impressed by such a self-motivated young man, and chartered the church on June 1, 1928. Two months later, after fulfilling the requirements, Pastor Brooks was ordained an elder during the annual convocation.

Many people came to hear the gospel expounded by Elder Brooks, for he was a dynamic speaker, and many also accepted the gospel of salvation through Jesus Christ. Alberta Booker was the first to be baptized, and she brought all her children. Upon seeing these and other children, Elder Brooks was inspired to organize a Sunday school. In two years time, God had blessed the church so greatly that it was filled to capacity, so they sought another building and moved to Twenty-first and M Streets, Northwest.

By December 1933, the church had decided to return to an independent status by setting up its own corporation, thereby acquiring the power to organize churches and ordain ministers. Once the incorporation was complete, Elder Brooks was consecrated a Bishop. Within five years after moving to Twenty-first and M Streets, church membership had exceeded the capacity of the building, so preparations were made and funds were raised for the down payment on another building. God gave Bishop Brooks a vision of the new church, and in May of 1935 the congregation relocated to Fourth Street and Virginia Avenue in Southeast, where it remained for the next twenty-eight years. The new edifice seated twelve hundred persons, and there were some who insisted that it was much too large. Despite the criticism, however, Bishop Brooks held fast to his decision and the church grew rapidly. By the early 1950s, it was obvious that the church needed to expand and, in 1954, land next to the church was purchased for the building of an annex. The cornerstone was laid on Labor Day 1955. The church prospered, for Bishop Brooks and his flock were faithful to God and diligent in service.

In 1963, construction of the Southeast-Southwest Freeway brought to a close nearly three decades spent at the Fourth and Virginia Avenue location. When the church was forced to move, Pastor Brooks found a new place and, in June 1963, the congregation relocated to Ninth and D Streets, Northeast.

Bishop Brooks pastored The Way of the Cross Church of Christ for forty years, dedicating his life to the Gospel of Jesus Christ and to the people of God. He kept his charge while glorifying his God, and on June 12, 1967, Bishop Brooks went on to be with his Lord and Savior. His life was a bright and shining light, and the glow that it cast is yet reflected in the hearts and minds of those who knew him.

After Bishop Brooks passed in June 1967, the church entered a time of transition when, beginning in September, three interim pastors each served a four-month period—Elder Joseph Weathers, Elder Willie James Davis, and Elder Walter J. Thompson, Sr. Finally, in September 1968, Presiding Bishop J. L. Brooks took over the pastorate. About four and one-half years later, in February 1973, he appointed Elder Alphonzo Brooks assistant pastor and, upon retiring in September 1978, installed him as pastor.

Under the leadership of Bishop Alphonzo Brooks, the Church expanded its services, both to church members and to the community. His desire to reach out lead him to establish the ‘Sound of Pentecost’ Radio Ministries, operating across the United States and in four provinces of Canada. In 1987, he established the Apostolic Educational Center and the Apostolic Christian College, to train members of the Body of Christ in the Word of God. Other new programs included a monthly food distribution to the needy, annual college scholarship awards to high school graduates, clothing for the indigent, recruiting and employing youth in summer jobs, a day care center and latch-key program, a prisons ministry, and an outreach ministry.

From its humble origin on Third Street, to Second and P to Twenty-first and M, to Fourth and Virginia Avenue, to 9th & D Streets, and to our present location at 1800 Hazelwood Drive located in Capitol Heights, Maryland God has blessed The Way of the Cross Church of Christ. Through the years, we have grown in numbers and today, hold the position as “Mother Church” in the international organization that includes nearly 100 churches in North America, India, Haiti, and Africa. As of this writing, the Mother Church itself has birthed more than one-hundred ministries (not all being churches), some of which remain in the organization and some are independent.

Through the years, many have participated in the glorious endeavor of The Way of the Cross Church of Christ, some of whom are: the children of Bishop and Mother Brooks and their families—Isabell Ford, Essie Lindsay, Ruth Lancaster, Bertha Simon, Evelean Cook, W. Romona Miller, Naomi Postell, Olivia Brooks, John, Joseph, Bernard and Alphonzo Brooks; the Booker family, the Alexander R. Harris family, the John Williams family, the Edward Williams family, the Bishop Jones family, the Prillaman family, the Cook family, the Boykins, the Normans, the Thompsons, the Easters and the Greens, the Meredith, Britton, Jacobs and Dale families, Goodwin, Mims, Ford, Fosters and the Norman Bridges families, the Lancasters, Mother Gertrude Wells, Mother Mamie Salters, the Melton family, Mother Emma Green and family, the McGhees, the Flemings, the Henderson and Wanzern families, Hammonds, Harris and Hodges families, the Howards, the Bishops, the Flemming family, Ruby Sweatman and Shelvy Taylor, and many, many more!